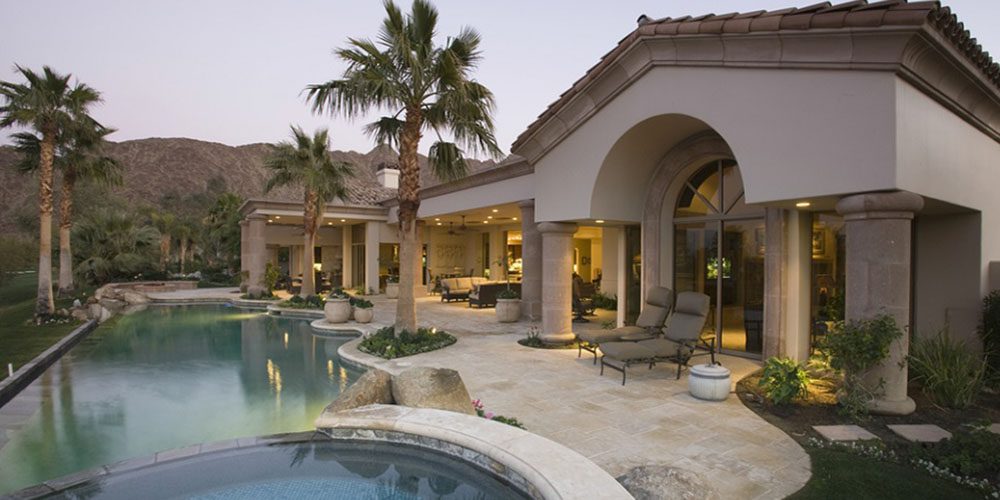 Search All The Bridges Homes

The Bridges is a subdivision in Rancho Santa Fe, California. Rancho Santa Fe known locally as ″The Ranch″, is a census-designated place (CDP) in San Diego County, California and an unincorporated bedroom community of San Diego County. With an estimated (2010) median income of $188,859, it is on the list of highest income communities in the United States with a population of at least 1,000. The population was 3,117 at the 2010 census, down from 3,252 at the 2000 census. The CDP is primarily residential with a few shopping blocks, a middle and elementary school, several restaurants and single family residential areas situated on primarily 1-3 acre parcels.

In 2011, Forbes reported Rancho Santa Fe as having the fourteenth most expensive ZIP code in the United States (down from second place in both 2006 and 2007), and fourth most expensive in California (most expensive California ZIP in 2007), with a 2011 median home sale price of $2,585,000. Some homes in ZIP code 92067 but not within the CDP are valued at more than the median home-value within the Master Planned Community that makes up the official CDP, and many people who live within the 92067 ZIP code cite their community as Rancho Santa Fe even though they do not live within the strict boundaries of the Master Planned Community. The United States Postal Service (USPS) refers to all homes in the 92067 and 92091 ZIP codes, as well as many of the communities in the 92127 ZIP code, as “Rancho Santa Fe”.

Find Your Way Around The Bridges